Removing Mold and Rust from Your Home 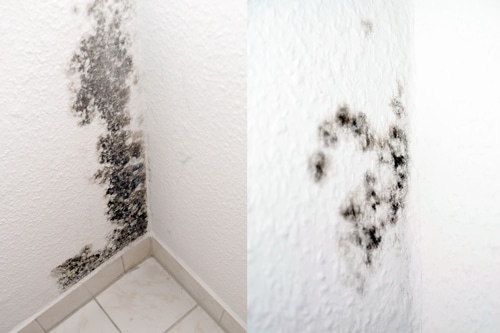 While cleaning your home, you can come across numerous common issues which need to be taken care of. For instance, sometimes dusting and vacuuming will only be a part of the process, but there will be bigger problems at hand. They can present themselves in the form of mold or rust stains.

Sometimes it is not easy to tell the difference between a mold or a rust-induced stain. However, since they require different cleaning agents, it is important to know how the stain has occurred in order to properly remove it. For a complete and thorough downtown Toronto house cleaning process, homeowners should be familiar with the common causes of mold and rust.

The usual areas for mold and rust

If you have a new stain issue in your home, it is preferable to recognize its origin before removing it. In this context, you should know the rooms and areas of the household prone to appearance of mold and rust. It depends on the levels of humidity, closeness to water sources and presence of metallic areas. Another factor is the daily activity of the members of the household.

How to identify rust

Rust appears in areas containing metals or metal alloys which tend to corrode. The corrosion occurs when water or dampness comes in contact with the surface prone to rusting. The color of rust induced stains ranges from yellow and red to a reddish-brown nuance. They commonly appear in rooms with water pipes, panel boxes, boxes with nails and other metallic tools, as well as metal parts of roofs and chimneys.

It is better to be prepared against rust than have to remove it afterwards during your downtown Toronto house cleaning session. This can be done by making sure the metal fixtures in your home are kept dry and away from usually damp and humid areas. There are also protective agents which can be applied to objects prone to rusting.

When attempting to clean rust, always adhere to instructions on the cleaning product and use protective gear. The choice of the right products is also very important, depending on the size and location of the stain. One agent which should never be used for rust is bleach.

Mold is a serious issue which can come in many forms and colors. It can also have various textures and occur as a result of different events, such as leaks or floods. As it can have adverse consequences on the health of the people in the affected household, it should be cleaned immediately and thoroughly. Some mold stains can easily be removed, but the process should not be taken lightly. It requires protective gear and special products and is sometimes best left to professionals, because they will perform a detail inspection and removal.

If you are having problems with stains cause from mold or rust occurrences in your household, call No More Chores. We will take care of the whole cleaning process, making sure there are no remaining infected areas.