No More Chores offers you a comprehensive house cleaning in Vaughan area that will make your life easier and your home or office shine like never before. Whether you want to clean before or after moving in, post-renovation, or even your Airbnb, there’s no better choice for you in the Greater Ontario Area than us!

The city of Vaughan in Ontario, located in the Regional Municipality of York, was the fastest-growing in Canada from 1996 to 2006, and its population doubled since 1991, but its people rarely identify with the city as a whole. Instead, Vaughan is home to five major communities—Woodbridge, Maple, Thornhill, Concord, and Kleinburg—which are what residents and even some non-residents identify with the most. It goes so far as to Bell Canada not listing Vaughan in the phone book, opting instead to list the three original rate centres.

The area was first settled by the Iroquois people, and more than a million Iroqouian artifacts have been excavated in the Seed-Barker archaeological site since 1975. Like many cities in Canada, Vaughan is home to a very diverse population, with over 35% of it made up by visible minorities, and with growing Chinese, Hispanic, Jamaican, Indian, and Vietnamese communities.

Whether it’s maid services, office or house cleaning, getting ready to move in/out, bringing a room back in shape after renovations, and even Airbnb cleaning services, No More Chores is your one-stop solution for all of your cleaning needs! From the moment you book with us, we work hard to give you every reason to call us back with a smile again and again.

Have your home pampered by trained, experienced, licensed and insured maids. They will clean and maintain your home as attentively as it were their own.

Our professional cleaners remove dust and debris from your newly constructed home or office with precision, skills, timeliness, and a smile!

Give your office or commercial space that extra ‘pop’ – use a premier Vaughan cleaning service. Enjoy the value our service adds to your life.

We are the first choice when it comes to Airbnb cleaning service Vaughan. Our maids are detail-oriented, efficient, and will provide you with a post-cleaning report with images.

Start with a clean slate if you’ve just moved in, or leave your home clean and tidy if you’re moving out with our move-in/move-out Vaughan cleaning service that includes deep cleaning!

Top Things To Do in Vaughan

Perhaps the most famous attraction in Vaughan is Canada’s Wonderland, a 328 acres amusement park that includes a children’s park, a waterpark, and features rides for all ages, but it’s thrill seekers who will definitely have a better day than anyone else when visiting. Canada’s Wonderland is also home to Leviathan, the country’s tallest, fastest and meanest rollercoaster, with 305-feet drop!

If you’d rather not face the Leviathan or any other ride for that matter, just outside of Canada’s Wonderland is Vaughan Mills, a massive 12,91,669 square feet  shopping mall which houses over 200 retail shops—of which 16 are anchor shops—and 35 eateries. Over 13 million people visit this mall each year, so we’re pretty certain that you’ll find anything that you’re looking for and more.

The Kortright Centre for Conservation is the leading centre for sustainability education and programs in Canada, offering over 50 of the latter as well as 30 sustainable technology workshop, which it offers to its 100,000 annual visitors. The park is a true natural oasis that you can visit and even rent for your event (with weddings being the most popular choice).

There’s a reason we are the highest-rated cleaning service in the Greater Vaughan Area, and it’s that we don’t cut corners when it comes to delivering the best results. We offer a wide array of cleaning services to pamper and care for your house the way it deserved to be treated.. Our team is highly-trained, fully licensed and insured, and is very attentive to details, so you know that you’re getting the best treatment possible regardless of the situation!

We proudly clean all of Vaughan and Markham suburbs. If you’re not sure if we will service your area please give us a call.

Why Choose a Professional Cleaning Company

What are the advantages does No More Chores offers? Well, they start as soon as you choose us to do all your house cleaning! Our booking system makes it so that you don’t have to click more than a couple of times to pick the date that suits you the best – 24/7. Our prices are transparent and flat-rated, and you won’t ever have to deal with cash. You can find us online or call us at any moment and we’ll be there for you, and that’s only the beginning!

We take your safety and security seriously. All our staff undergo identity checks and in-person interviews.

Cleanliness is addictive. Sign up for weekly, bi-weekly or monthly Vaughan house cleaning service and get up to 15% off.

Chores can be draining and eat up hours of your day. When you hire No More Chores, you’ll spend less time cleaning and more time living your life.

Our state-of-the-art system makes booking a cleaning simple and convenient. Book a cleaning any time, any day of the week – 24/7.

Transparent flat-rate pricing. And with our secure payment systems you don’t deal with cash, and can quickly pay for services with zero hassle.

Staying in touch with your cleaners is easy. A reliable Vaughan cleaning company, we do things online, and you can call us any time.

We like to build long-lasting relationships with our customers, so your satisfaction is and will always be to guarantee your total satisfaction with our services. Being in constant communication with you and what you need is part of our job, so don’t be afraid to let us know everything that’s on your mind concerning your house!

And afterwards, if your experience was positive, be sure to share it with us so we can let the word be heard all around Ontario!

Had a great experience with No More Chores, ordered a deep clean of an Airbnb loft space. The loft was absolutely wonderful, walls and floors washed, fridge, bedding looking fantastic. Very impressed with the service, booking, price, everything. Highly recommended.

My husband and I run and Airbnb and thanks to Grace and the whole team, they are always unbelievably fast in their responses, and always provide fantastic results! I highly recommend using No More Chores for all your cleaning needs. They really care and take the time to simply be awesome. Thank you guys. Grace,…

This is the best cleaning service in the city of Toronto. I have been operating short term rental apartments for over 3 years now, and have tried multiple options until I came across NMC. I have now been working with them for close to a year now and my only wish is that I find…

“It was AMAZING. They were able to get the place far cleaner than I had anticipated.”

“I was so, so very impressed with how beautifully clean the home was on the day that the new owners moved in!”

“No More Chores sent Kay’s team to my home. The three cleaners were very polite, nice and did an incredible job. These people are professionals, they know what they are doing. They did the work in no time but really paid attention to every detail. They really go through the list of things they are…

We love to share our thoughts, ideas and knowledge on all things cleaning and Vaughan-related in our blog, which we update constantly. It would be awesome if you could check it out and find something that catches your fancy! And if there’s anything you want us to talk about in the future, make sure to say so in the comments. 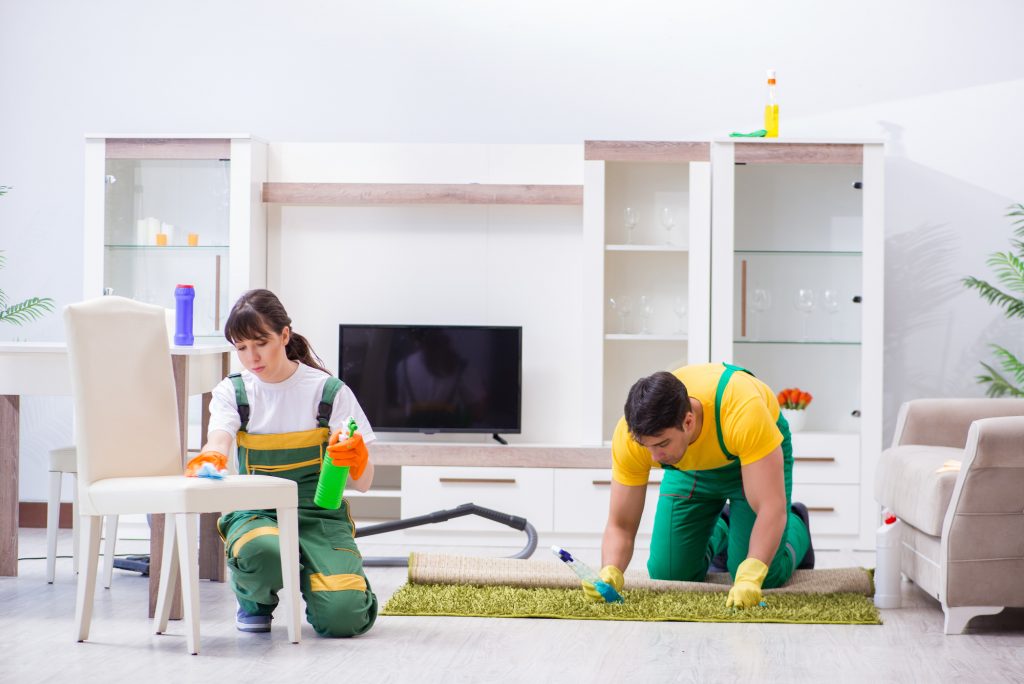 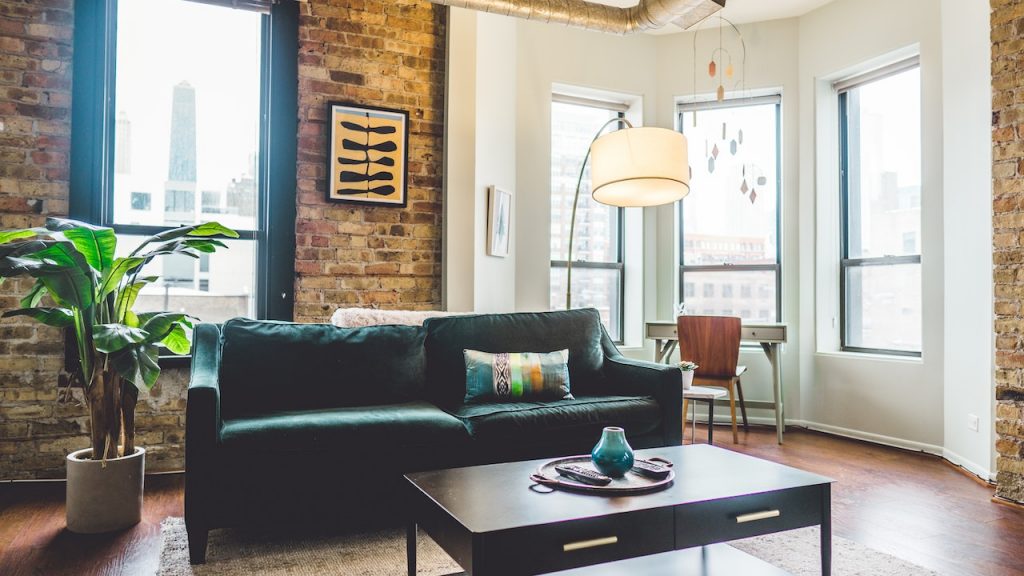 7 Tried and Tested Ways To Reduce Dust In Your Apartment

One of the most frustrating things to see in your apartment is dust… Everywhere! It seems as if these fine particles find their way to every nook and cranny of your space, making your home environment rather uncomfortable and dirty, to say the least.  Anyone that suffers from dust allergies will understand just how terrible… 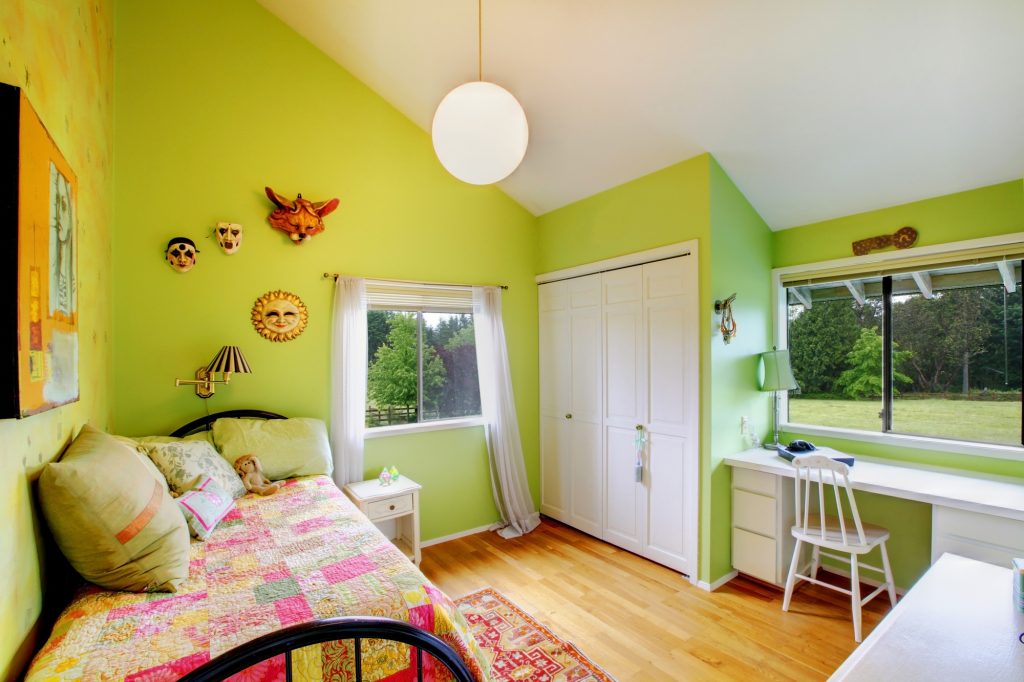 How to Keep Up With Your Kid’s Bedroom Cleaning

Do you feel anxious when you walk into your kids’ bedrooms? Do you find that they’ve shoved everything under the bed and in the closet when you’ve asked them to clean up? If so, you’re not alone. Kids’ bedroom cleaning can be a large task for parents. Cleaning after kids is tiring and keeping them…

Easy to book and hard at work, that’s the No More Chores way. We make it our mission to give you the absolute best service regardless of space, time of day, or anything else so that you can finally relax like you deserve and haven’t been able to for so long. After all, that’s why our name is No More Chores!

Go to Top
Our Black Friday sale is back! Gift Cards 20% off using code "blackfriday22"